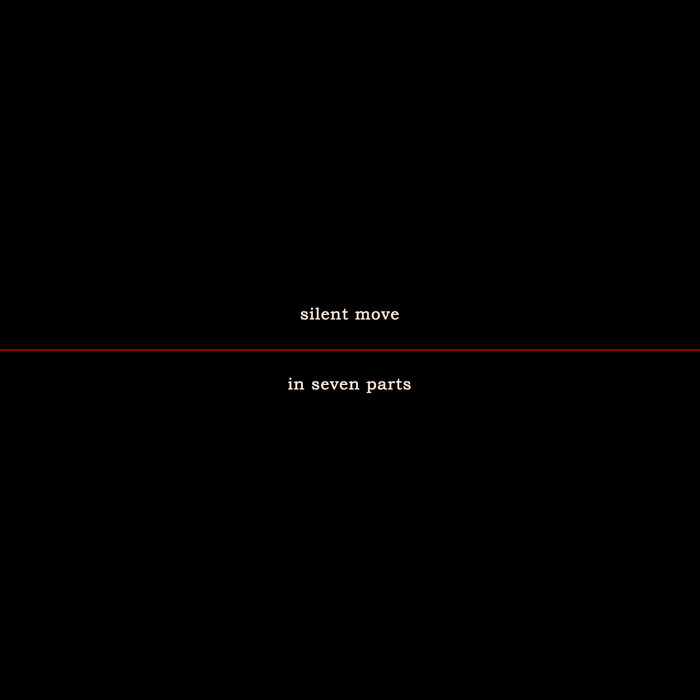 On September 16, 2012, Silent Move were playing during the screening of the legendary silent film "The Passion of Joan of Arc" by Carl Dreyer at Trianon cinema in Athens and George Katsianos was recording. The output of this process resulted in the album "in seven parts" released on Triple Bath, in January 2014.

The two musicians, Yiannis Paxevanis (guitars, loops, tapes, iphone) and Vassilis Tzavaras (piano, guitars, loops, tapes, four-track tape recorder) composed a live work in seven parts, which totals almost 81 minutes, i.e. the duration of the (restored) film, improvising on its dramatic flow. The material of this recording has not been subjected to any editing.

Playing their instruments using an array of extended techniques and by introducing pre-recorded sonic hints at certain points, according to the scenes, Silent Move create an other-worldly, intoxicatingly dark soundscape that acts as a prompt for the tragic film plot. Paying close attention to timbre and to the details of the embossed sonic patchwork they craft, the duet sets as a challenge the balancing not only between them but also in relation to the film.

From the introductory, suspending largo theme, where a spectral web starts its elaborate interweaving with the internal landscapes of Joan of Arc, to the final act (part seven), where the complete sonic deconstruction works as defusion for the load of the utmost tragic story of the heroine, we are witnessing a program of intense penetrating character; a music almost being pythian that plunges us into the holes of our subconsciousness through the its cycles of condensation and attenuation.

performed during the screening of Carl Dreyer's film "The Passion of Joan of Arc" (1928), at Trianon Cinema (Athens), on September the 16th, 2012

mixing and mastering by Yiannis Paxevanis, at Subway Studio (Athens), in November and December 2013