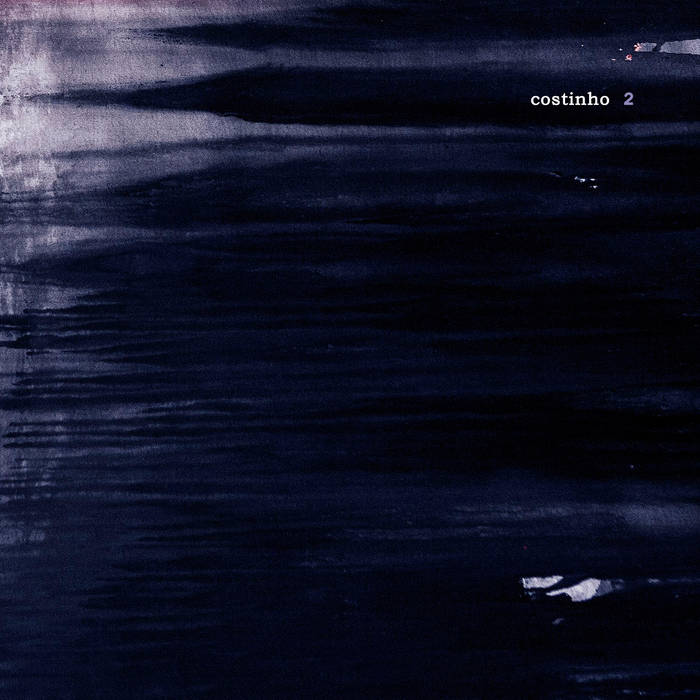 “2” is the latest release of Costinho [Costis Zouliatis], following apparently paradoxically the debutrelease “3” in 2014. For the 2nd time, the title is nothing but a simple and eloquent description of the content at all levels: 2nd album, 2 tracks, 2 quartets that interpret them. It is also his 2nd collaboration with Triple Bath.

Known mostly through his tenure in bands such as Night On Earth, his compositions for theatrical performances and documentaries, as well as his constant research on Jani Christou, with the release of “2” Costinho marks another creative agony: Improvisation as a compositional means, ie an open form of free collective praxis guided by a root idea and a music road map. With him having the role of the composer-guide on the piano, and the creative playing of brilliant music friends shaping the distinct sound of each quartet.

vicinity means proximity, a region near or about a place, neighborhood. It is the title of the first track (15:45), in which an unusual pairing of two violas [Michalis Katachanas and Fotis Siotas], supported by a double bass [Petros Lampridis] and guided by the piano, all together flowingly follow the tradition of composer Giacinto Scelsi: stringed sounds and microtones wander in a tranquil and vexatious manner around one single note. Within the drone, which never escapes the root note, all instruments interchange pairs that gradually unfold the consonance of all near sounds.

mother sea is the second long trip of the album (28:00). The other sea is located in mother sea. A way to the sea bottom, where the sea is not a mother • becoming another sea – not at all affectionate; foreign to strangers. With returns to stillness, the one that brings the other sea – the sea that never ends. The homeric voyage is led by a tenor saxophone [Kleitos Kyriakidis], the at times dreamy and then nightmarish analog synthesizer Murmux [Petros Lampridis], the fluid drums [Nikos Papavranoussis] and the minimal piano.

We passed by many capes many islands the sea
that leads into the other sea
(G. Seferis)

The two quartets were recorded at Shakti Studio in July 2015 by Simon Bloom [Symeon Nicolaides] who also did the mixing of vicinity.
The mixing of mother sea and the mastering of the album were done by Themistoklis Pantelopoulos.

The cover was hand-crafted by artist Persephone Nikolakopoulou.

Costinho piano on both quartets