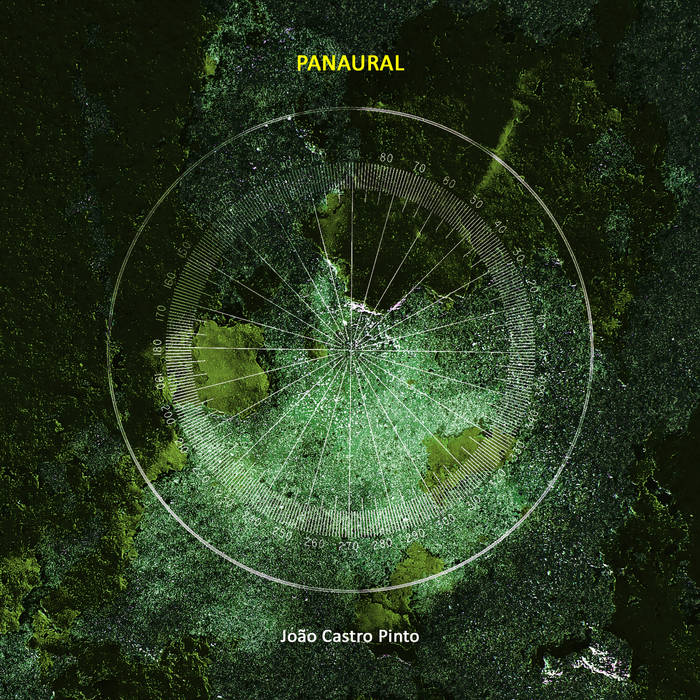 PANAURAL is the term that expresses Cage's idea of panaurality, i.e., the formal practice of incorporating any typology of sound into a musical piece and, in a synthetic conceptualization, the consideration that any sound can be considered music. Douglas Khan's approach to this concept can be defined as the "musicalization of all sounds", being the world a vast depository of significant aural events that can be captured, manipulated and composed. This idea of bringing extramusical sounds into musical composition (noises or concrete sounds) firstly gained form with Russolo's futurist experiences (intonarumori) and was further developed and established in contemporary music, and currently in sound art (phonography, soundscape composition, field recordings), by many other composers such as Schaeffer, Stockhausen, Xenakis, Schafer, Truax, etc...

PANAURAL is a collection of soundwalk and soundscape pieces that encapsulates the main determinations of this concept, not only in a theoretic approach but also in an objective praxis. What this means is that these pieces are composed with sounds that were collected from multiple sound sources (concrete, synthesized and d.s.p. altered) as they are also composed in a non-orthodox way, concerning the attributed categorization of the pieces, i.e., as soundwalks and soundscapes compositions. Hence, the techniques used for the advent of the pieces have intertwined and interspersed approaches such as tape / acousmatic music & electroacoustic techniques, which generally intend to abstract the main morphologic characteristics of the portrayed sounds, rendering their identification a defying listening task, as they were also composed using techniques of soundscape composition which, in an opposite intentionality, try to preserve, and / or enhance, certain recognizable aural particularities of the natural environments from the locations where the sounds were captured, displaying both the sound events and the aural context where the sonic interrelations occur.

This album presents three pieces: two of them were exhibited in soundwalk installations and one is an inedited soundscape composition.

"INVOCATIO - ascribing soundImages into Silence" is a soundscape piece based on the idea of invocation (from the Latin invocatio / invocare), as an act of desire and prayer for the presence, on the profane plane, of the sacred arché, the unveiling of the primeval existential principle. This piece is inspired by Goethe's great work Faust and intends to establish itself as a short sonification of some of the most compelling passages of the book. This is a meta-soundscape composition, as one did not elaborate on / or sonically depicted an actual aural location but throughout imagination one tried to create a sonorous interpretation of the work, ascribing soundImages into Silence. This piece is a tribute to the majestic and complex hermetic symbolism encrypted in this magnum opus. Far from being a piece with a figurative narrative, concerning the book's contents, the work which is here presented constitutes an intent that recreates environments and moments that reveal transmutable and quasi-alchemical sound-plots, accordingly with the main purpose of Dr. Faust : the call for the mysterious beyond, the thirst for knowledge as an attempt to contact the Self and, moreover, the profound craving for initiation and for the achievement of the Lapis Philosophorum. Field recordings from natural locations, some objects (matches, dirt, wind microphone pops, etc..), a berimbau, sounds of furniture and synthesized / resynthesized sounds were used in this piece.

"WATER-DREAMT-BY-FOREST: a binaural oneiric-walk" is a soundscape piece inspired by the fascinating sounds of the forest. This piece intends to figure the aliveness and aural richness of forest and countryside soundscapes, as it magnifies some of its characteristics through complex electroacoustic processes and soundscape compositional techniques. This piece is an oneiric statement, as it figures the forest as being capable of dreaming about water and humans in search of this precious existential liquid. Water is considered as the fertile symbol of life, thence, the forest also reaches towards it, craves it, dreams of it as humans do. Field recordings from crackling wood, water, wind, stones, animals, insects, walking humans, quiet soundscapes, etc... were captured by the author and used as sound sources for the creation of an immersive binaural oneiric-walk. The field recordings used for this piece were captured in the countryside in Alentejo and in Sintra's Forest.

"CATACHRESIS" is a soundscape composition focused on the complex idea of the ambiguous denotative and connotative character of metaphors, not applied to linguistics but to the sound world. Meaning, literally, abuse, CATACHRESIS is defined as a kind of misapplication of a word, in terms of its utter significance, frequently portraying the function of referring to a concept that linguistically has no definite term or word to state its reference, that is: its denotative conceptual definition. The term CATACHRESIS is a conceptual frame to strengthen the aural ambiguity of meaning, reference and its perception. This piece presents a selection of aural events and geographic locations that explore the ambiguity of recognizable and contrasting / conflicting sound plots, by suggesting complex sound canvas fulfilled with contradicting and improbable events and juxtaposing sound frames with the intention to create a flow of intrinsic sonic unity.
"CATACHRESIS" actually intends to forge a real soundwalk, as it tries to convince the listener that the perceived sound output corresponds to an actual linear soundwalk, i.e., a walk that could have happened exactly the way the piece is composed and presented sound wise, as one would be walking and freely recording natural landscapes. This long piece is essentially based in field recordings captured along different and contrasting natural locations as: urban sounds of the city of Lisbon; natural sounds from several locations of Tagus river (the harbor of Cais do Sodré; near Belém Tower and on the verge of flowing to the Atlantic ocean); natural sounds captured in several locations of Sintra's forest, Canterbury's Cathedral (UK) premises and inside its buildings, including recordings from instrumental music (a pipe organ) and a mass choir. In order to constitute the idea of a feasible soundwalk, the piece was composed as a continuous mix, so there is no absolute silence between its 7 parts. Minimal sound processing techniques (equalization and mixing) were used in this piece (a few electroacoustic processing occurs in the latest parts of the piece), for the main idea here is to reveal a soundscape compositional approach.

02 WATER-DREAMT-BY-FOREST: a binaural oneiric-walk (2011)
soundscape piece inspired by the magical sounds of the forest and countryside (locations: Sintra's Forest and Alentejo)
selected and premiered at "PNEM Sound Art Festival 2011", for the WOODWALK Experience, a Soundwalk event through the Forest; Uden, The Netherlands