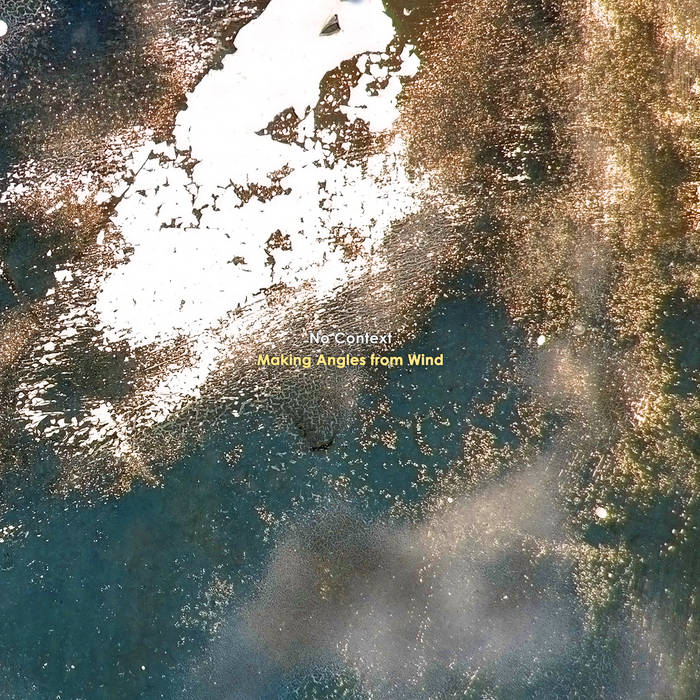 The Dorset based No Context duet of Adrian Newton (Nemeton, Zaum, Safehouse) and Allan Upton (Textured Bird Transmission, Dead Sea Liner), started recording and performing live as a trio, with fellow performer Adam Baker (Dead Wood, Dirty Demos) in 2007. The improvisations of the (since 2009) duet, based on field recordings and real-time sonics generated either by the means of live electronics or by home-made electronic devices, flirt around microsound, musique concrète and electroacoustic drone. One album per year has been released since 2008: "Lines to Follow Colour Changes in Leaves" on ContraMusikProduktion (2008), "The Vicious Blankness" on Blank Page (2009), "The Sun and Moon Might Still Be Gods" on Striate Cortex (2010) and "Making Agles from Wind" on Triple Bath (2011).

"Making angles from wind" is an edited live performance by the trio of Adam Baker, Adrian Newton and Allan Upton, aka No Context. The recording took place at The Fish Shambles (Pool Quay, Dorset) during the Inside Out festival, on September 9, 2008. Taking field recordings of wind as a basis, the trio created a huge sonic field, enriched by live processing plus the addition of sparsely live-played home-made instruments. Truly transfigurating performance, teleportating the listener, to rough but wobbly, misty and windy cliffscapes of northern seas.

recorded live at The Fish Shambles, Poole Quay, Dorset, during the Inside Out festival, on September 9, 2008